Work with elite, pre-vetted, remote, Flutter developers assigned to you in 24 hours. With fixed transparent pricing, no long-term contracts, and a 7-day risk-free guarantee — you can start building what you imagined in no time.
Hire developers now
With a 7 day risk free trial
Want to join 10000+ developers on Zelp?
Apply for jobs here

Our Flutter developers are screened to ensure the highest quality. Of all the developers who apply to join our network each year, fewer than 1% make the cut. You’ll work with engineering experts and never recruiters or HR reps to understand your goals, technical needs, and team dynamics. The result is - you get expert vetted developers from our network. 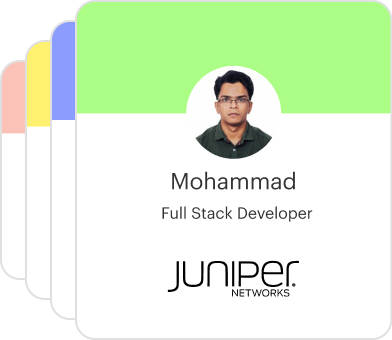 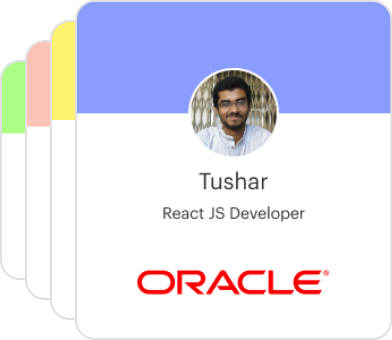 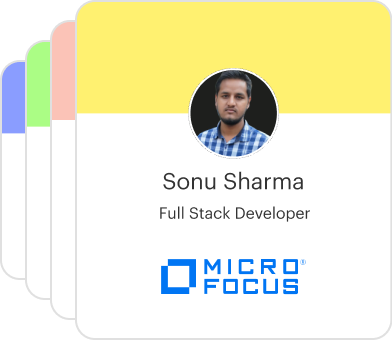 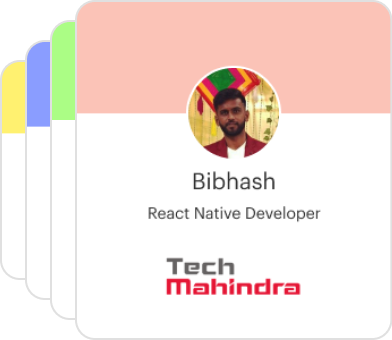 Flutter is an open-source UI software development kit created by Google. It is used to develop cross platform applications for Android, iOS, Linux, Mac, Windows, Google Fuchsia, and the web from a single codebase.

How to hire for Flutter development?

Hiring flutter developers seems difficult because there are a lot of them in the market (but not everyone as experienced and promising as you wish), and there is also high demand. A well-thought-out process is your key to overcome these obstacles.

Companies That Use Flutter

Flutter is so popular, quite a few major business enterprises are well-acquainted with the software. Companies that use Flutter include the following:

What Are the Advantages of Flutter?

It is no secret that programming languages ​​often experience problems bringing to common standards, and different versions of these languages ​​differ in functionality. Moreover, many developers are guided in these differences with great difficulty. But the Dart language was conceived from the very beginning as a tool for creating client apps, optimised and tailored for user interface development.

Flutter has outperformed React Native in both GitHub and Stack Overflow. Here you get a powerful supply of resources for training, more qualified developers who are ready to work on your app. And all this in the conditions of the rapid growth of the technology itself, which is rapidly developing and does not lose its relevance longer than those technologies that for many years basically remained at their previous level (for example, React Native).

Flutter apps are compiled into machine code using the graphics and visualisation engine built into C/C++, so applications are very fast and high-performance. They are capable of stably delivering 60 frames per second on most devices and up to 120 frames per second on devices supporting Flutter.

Another reason for the rapid growth of Flutter's popularity among developers (in addition to high productivity) was the availability of detailed documentation and a large number of examples. And this is very important for developers who want to learn a new platform, a set of tools, or a language.

Flutter helps create great UI designs for Android and iOS mobile apps.Using a single code base, you can develop only one user interface design and use it for both platforms. This will save you time and cost of the designer work. The Flutter cross-platform app usually follows the principles of Material Design, with minor changes for different platforms (which Flutter usually processes on its own) or makes the entire user interface look individual, with elements based on the best solutions taken from iOS and Android.

Crisis conditions will help Flutter: more and more companies will see this technology as an opportunity to quickly go online and expand their influence on electronic platforms. Flutter’s MVP applications can actually be created in 2-3 months, and full-fledged development will cost on average 30% cheaper than creating two native applications. So the framework will save two important resources - time and money.

Another major benefit of the SDK is the rapidly growing and vibrant community. Google and company fans provide excellent support for developers and users. Flutter has structured documentation and a large number of real cases and examples of the implementation of the main tasks of mobile development. You can find all the necessary information and share experience on the resource https://flutter.dev/community.

1. Limited Set of Tools and Libraries

Flutter is a new cross-platform app development framework. Many Flutter functions are in alpha and beta testing and may not always work properly. In addition, you can't get the necessary functions in the current library in some cases, because the platform is still being finalised. Flutter will take some time to create the necessary tools, expand functionality and develop the community.

Modern users do not want to sacrifice their favourite song or game in favour of the next application, so one of the main tasks of the developer is to create the smallest application size. In order to minimise code size, programmers go to different tricks: they do not use animations, reduce images, and use a minimum of packages and libraries.

The fact that Flutter is a Google product makes the quality of support for iOS applications worse. If most of the SDK functions on Android work correctly, then there are problems with iOS. For example, when photographing on Apple devices, the application deletes all EXIF ​​data. Because of this, the photo is displayed with the wrong orientation, without location, without date, without the correct gamma. Today, iOS special features (VoiceOver, Guided Access, Captioning, and Audio Description) are practically not implemented.

Using your own, not native widgets has its drawbacks. For example, there are problems using certain Android and iOS features. Flutter applications currently have problems with autocomplete input fields. This is especially noticeable if you need to implement password extraction from built-in or third-party password managers. This issue is described in detail